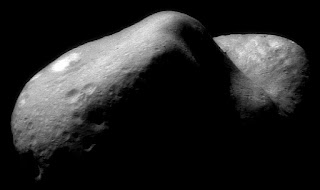 But if we move to old calculation, Greek astrology are based on mid-points calculation of various planets and houses. In our very popular classical text Tajik Neelkanti, Saham are obtained in similar fashion, with the help of adding and subtraction of grahas' longitude. These are 50 in number as identified in Tajik Neelkanti.
The concept of solar return charts has been extensively used by Greek astrologer and Vedic astrologer strongly valued Tithies, [the difference between moon and sun] in seen in Panchanges.
Still, Tajik charts or solar return charts has been used in our Vedic classics extensively.

The inner solar system contains the Sun, Mercury, Venus, Earth and Mars, and moon as a satellite to earth.

A major element of our sexuality comes under the domain of Mars. The sign and house position of Mars in our natal charts, as well as the aspects Mars makes with other planets and points, gives us some insight into our personal sexual style. However, Venus, the planet of love, romance, and pleasure, plays a role as well. The Moon, representing our emotional nature, affects our sexuality. In fact, as sexuality is a powerful motivator and is part of our identities, we can safely say that all of our planets and points have something to do with our sexuality in some way.

When exploring the astrology of sexuality, I keep in mind that the entire chart of an individual is involved, but there are some factors that tend to play a larger role than others.
Namely:
Mars. The sign of Mars shows us the style in which we express our sexual nature.

Venus. The sign of Venus shows us some of the important "trappings" and foreplay that helps us get in the mood for sex.

Moon. The sign of our Moon shows us some of our underlying emotional needs  that may express themselves as sexual fantasies and needs.

I think that Greek God Eros is more related to Sraddha Saham.

There are more Saham related to love and marriage are:

A) The Saham are like significant cosmic points in chart. Treat them like special ascendants. They are specifically computed for annual solar return chart (Tajik Varsh parvesh). If they fall into trik bhav(6th, 8th and 12th), they assumed to be weak. Any aspect of benefic planet on it strenghten their status, whereas malefic's aspect afflict them. Transits of benefic planets over them lead to gain with respect to related matters.

B)Note the transit of Jupiter over Saham (say for Vivah Saham sign) or its trine signs, the time of that transit will favour marriage possibilities.

C)Transit of natural malefics Saturn and Rahu over Saham result in delay, losses and troubles.

D) Find, when in the annual solar return chart, "Mantha" falls into saham sign. (or say simply when SuDarshan Dasa of House having Taurus will commence). That year will also prove favourable regarding that Saham.

E) Note the yogas in chart, involved either Saham's lord and its sign of occupation. Good yogas yield favour and arishtas obstruct.

Keeping in mind the above rules one can predict for all Sahams.

I hope that this article with help in opening new thoughts and new way of interpretation.

Email ThisBlogThis!Share to TwitterShare to FacebookShare to Pinterest
Labels: Saham and eros


This series is Brighu Saral padathi is produced by e-magazine Saptharishi Astrology in various issues. Link is http://www.saptarishisastrology.com/

1.      Wherever Saturn sits he creates Ups & Down in the 4th house from it, in minimum any one signification of that house. This becomes his Karmic House called as Shani’s Previous Lives House. He will first create up & then down in the significations of the house or at times even the reverse, basically he will create Fluctuations.
2.      Wherever Saturn sits, he becomes Judge Dread or Emperor and he shouts ‘I Am the Law’.
a)      It is that house where
b)      Karma is unfinished & you ‘Need’ to finish it.
c)      You will or can make mistakes concerning significations of that house
d)      You will be judged for your mistakes – there is no 99% in this.
e)      If the Universal Law is not followed in that house, Saturn will destroy that house as He is the Law.
3.      Wherever Saturn sits he spoils/destroys/activates, one of the significations of the 2nd house from it: That   He passes on the judgment of this house (where he is placed) on to the 2nd house from it.
4.      Saturn implements its energy in the 6th house from itself in the 28th year.
5.      Saturn’s 3rd aspect implements itself in the 20th year.
6.   Saturn's where it sits, it gives result in 51th year.
7.   Where Saturn 3rd aspect in 51th year, it gives results in 51th year.
9.   Saturn implements in the 4th house from itself in the 24th year and\or 48th year.
10.  “When Saturn and Mars are conjunct in any house, at least one signification of the sign of Aries, whichever house it occupies, will be Spoiled/Activated/Topsy Turvy”

8.) ‘If Jupiter is placed in Dual Signs (Gemini, Virgo, Sagittarius or Pisces) it would spoil/destroy/delay One of the results of the 7th house from it’.

9) “Jupiter in Moveable Sign (Aries, Cancer, Libra or Capricorn) will spoil/destroy/weaken/delay the
results of 12H from it”.
10) It states that ‘2nd from Jupiter’ something unshastriac or not the right code of conduct will happen,      whatever be the state/sign of Jupiter.
11)  ‘Jupiter implements its energies in the house it is posited in the 37th year’.

1.  The house where I am given shelter or the lord I conjoin with or the lord of the house I represent will show where I can, I repeat I can & not will (100 %) contribute to the
a)      Medical expenses or Diseases
b)      At times Death
c)      Peeda (Dramatic Troubles)
d)      If I am in mood then the 12th from where I am placed could be hit by me & you would be forced to get the Sanjeevani (Miracle Herb) Bhuti for the problem but if my blessings are not there then you would not get it. All the above results will no doubt depend on other conditions but still would affect it out at least mildly irrespective of the conditions.
e)      Observe the position house of Venus or the Lord it combines with and that lord’s house ownership or the house Venus is lord of.
f)        This Venus will indicate the diseases or medical expenses that you would spend in this life.
g)      At times it can also indicate the nature of death.
h)      At times it can also indicate the ‘Dramatic Troubles - Peeda’ that you would face in your life.
i)        Irrespective of the sign it is placed in whether of friend or enemy or exaltation or dispositor well or ill placed or Nakshatra lord well or ill placed still this Venus can give results if it wishes.
j)        Venus can also afflict the 12th from it.
k)      Karakas in both cases of Venus and/or the conjoining lord must be used effectively.

1.  Wherever Mars sits in the natal chart, it implements itself in the tenth house from itself in the 27th year of the native.
2.  The house where I am given shelter where I can, I repeat I can & not will (100 %) contribute to the following
a)      Marriage life of ‘One’ of the relative represented by that house will be spoilt or challenged or difficulty in getting married.
b)      Dowry taken or given by that relative or used as a tool to score points/revenge.
c)      Some evil done in respect to money by that relative i.e. tax evaded or unethical means of money possession.
d)      Some aspect of that house will be hidden and possibility of it to come out in the open later
e)      That relative can also have sexual disfunctionality/abnormality/obsession.
f)        Chronic diseases or bad end to life.
g)      Of course all this will depend and heightened/modified if I am in my friend’s house or enemies house and if I am under influence (aspect) of enemies or krura (harsh) graha or position in Vargas.

1.  Where Mercury sits :
a)      The 5th from it, Mercury will create ‘Ups & Downs or Obstacle or Supreme Troubles’ in minimum one signification of that house
b)      Mostly it will be Downs
c)      Mercury in the 5th from itself will cause a lot of free will and at the same time separation, travel or fights.
d)      It will also at times show the bad karma of free will that was exercised depending upon the aspects and signs.

Moon :
1)  Moon's Door Mat House technique : There are three results indicated by this rule.
a)  Trouble to one of the relatives indicated by the 12th from Moon, and / or
b)  Physical problem to the said relative, and / or
c)  Attitudinal problems to that relative.


Some pointers as collected by Shankar Hedge Ji:
1. Venus vibrates 12th from it at the age of 15.
2. MOON VIBRATES 2ND HOUSE FROM IT AT THE AGE OF 3 YEARS" (My own research)
3. (Given by admin of SA to me) Ketu implements itself in the 12th house at the age of 32 years.
4. If some jatak has the dasha chiddra on 21st year of his life (ie. After completion of 20 to beginning of 21) then on 32th year of his life he will get mritu or mritu tulya kashta.
5. If Mars & Ketu are conjunct in an angle or trine either the father or brother/sister will work for Police or Defence forces. Mars+Ketu anywhere can give troubles related to lord Ganesh. Which I learnt from my guru ji of native place. My modification is that if not related to lord Ganesh some problems in the area of spine or around that area as Mooladhara chakra is related to lord Ganesh. Many times the same combination can give litigation related to immovable assets if reflected in D-4 & D-30.
6. According to Banarasi Pundit ji, the 10th aspect of Sat is always destructive. 7th can give mixed results. The 3rd aspect always hides some hidden blessings.
7. When Jupi&Sat are together sign Aries will spoil at least 1 siginification of that house whichever the house it becomes from Lagna. My modification is, sign aries becomes sensetive if Sat is with jupiter, sign Taurus becomes sensetive if Sat is in 2nd from Jupi, Sign Gemini if Sat is in 3rd from Jupi & so on.
8.  KNR ji's theory of, Dara Karakas attract. In case of love marriages DK of both the lovers either aspect each other or are in trine/angle to each other