Astronomical data of all Planets 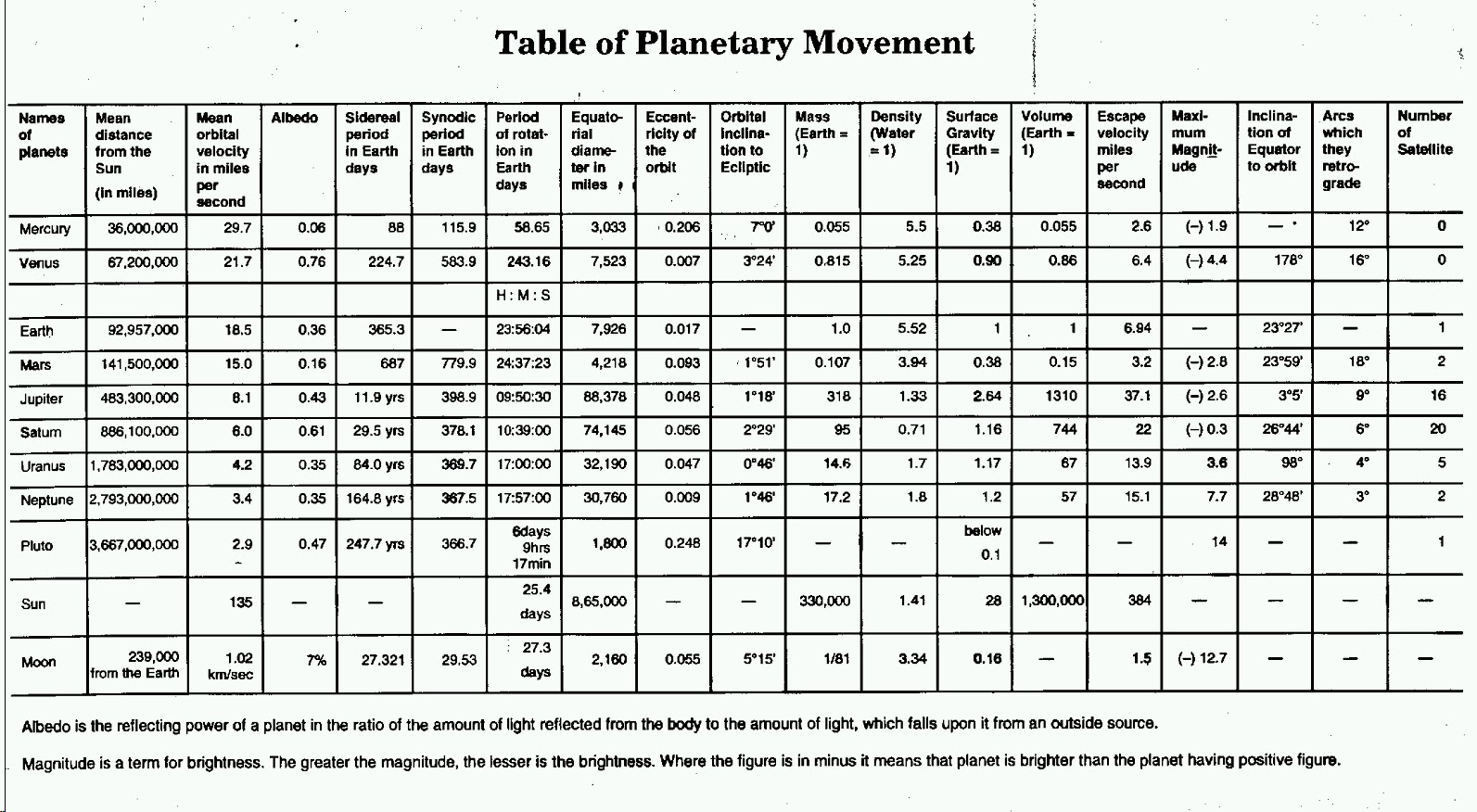 Albedo and Magnitude is used in Planetary War, when two planets are closed within one degree.

Posted by Vijay Goel at 7:05 PM No comments:

Today, 19th July 2012, Guru Pushya an auspicious muhurtha. The is must reading for all from my first jyotish Guru. 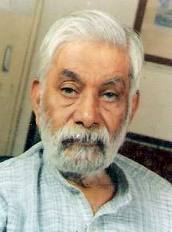 My Jyotish Guru, Yogi Bhaskaranandji, often discussed with me, when I found him alone in Ahmedabad, the spiritual combinations in a horoscope and insisted that the purpose of astrology is cosmic delineation of human destiny, and not fortune-telling.

The purpose of astrology is true and cosmic guidance and, is most helpful to sadhaks. He was always pleased when he saw a rare horoscope, but was also clear in his mind that astrology had its own limitations, which could perhaps be overcome, if we knew the secrets of nadi-amshas.
The data to be prepared

The data to be prepared for any sound prediction, particularly for Sadhakas, is:

(a) As usual, all the sixteen vargas, but specially birth, navamsha and vimshamsha horoscopes, together with trimshamsha, which has some secret uses.

(b) All Jaimini's karakas with Karakamsha marked prominently.

(c) Vimshottari dasha, a less-used navamsa dasha of Jaimini, (which I have not discussed yet in any article) and, accurate Kala Chakra dasha.

(d) The strength of Jupiter, Mercury, fifth and ninth lords, and association of Ketu with them, must be marked out.

(e) Then watch the movements of Saturn and Jupiter in transit, noting down which navamshas they happen to be in when important events take place.


(a) First notice how Ketu is positioned in the horoscope. Ketu-Jupiter inter-connection with twelfth house is always excellent.

(b) Then see the conjunction of Jaimini's Atmakaraka and Putrakaraka, in at least two out of the three: birth horoscope, navamsa and dashamsha.

Examples of His Predictions Ketu

(a) He took up my horoscope and discussed it on some occasions thus: Ketu in the twelfth house with Mercury in its house of exaltation with my atmakaraka was the combination of the ninth lord with Ketu and atmakaraka.

This according to his rating was the best.

(c) The third best was Ketu in the fourth house with the conjunction of the fifth or the ninth lord or with Jupiter or aspect of Jupiter on it.

(d) He called the fourth house as the "esoteric" house in the moksha (salvation) triangle, good for astrological pursuits and allied astrological sciences; the eighth house was the "occult" house which would enlarge an astrological vision, with high intuitive gifts and clairvoyance.

I give here the horoscope of Edgar Caycee, the famous American psychic-healer which illustrates it.

(f) Jupiter, Mercury and Ketu's association in any house was good.

(g) Jupiter, Ketu and tenth lord's association with Jupiter aspecting the second or the tenth house was very good for astrological pursuits.

(a) He always preferred untainted Jupiter in the tenth house as the best. "Adviser to royal families" was the classical astrological meaning of it, according to him, a person whose house will be like a temple. Aspect from here to the second house (speech) and the fourth house (heart, according to Sarvartha Chintamani) lent idealism to karma, speech and heart.

(b) Next position for Jupiter was the fourth house. From here he aspected the eighth and twelfth houses, the occult and spiritual houses.

(c) Jupiter in the twelfth house similarly covered the esoteric house and the occult house.

But did he prefer untainted Jupiter? His answer was any malefic associated or aspecting Jupiter (Ketu was not malefic for spiritual or astrological purposes) created occasions for terrible ego-clashes.
Why did he condemn afflicted Jupiter?

He gave an instance of Jupiter and Rahu, the guru-chandalyoga, a case of ruined idealism, lack of gratitude, religious perversion, misreading and distortion of religious and astrological classics. If Saturn or Mars aspected the combination, it would be a case of extreme guru-chandal yoga.

Then the house where it occurred mattered most. If in the ninth house, the place of Guru, or in the third, from where it aspected the ninth house, it would be a double combination of an ungrateful man who was a scorpion perverted.

Briefly, the best was the fourth house for Mercury, second best the eighth, the third best the tenth. (In my case Mercury was more favourable for spiritual pursuits than for astrology.)

He preferred the kendra positions for Mercury. What about the fifth house for Jupiter and Mercury? His answer: good for writing books, business, accumulation of wealth etc. Such persons need not be good predictors.

Planet of concentration, Saturn in the third, fifth or ninth was capable of conferring detached view in most matters. But again, he insisted an untainted Saturn, like Jupiter.

Saturn in the eighth was the worst, as it made one caustic in speech, aspected the tenth house from the house of intrigues, the house of speech (the second) and the fifth house, the intelligence which harboured malice.

Then he told me that Saturn in the eighth house gave a prolonged disease, brought on the astrologer the curses of his consultors which would fall on his children.

(a) He preferred Mithuna, Tula and Kumbha the intellectual rashis for quick grasp of subtle astrological principles, provided other conditions were fulfilled, as stated in the case of Ketu, Jupiter, Mercury and Saturn.

But these people should have malefics in the third or sixth house or both or more planets in fixed rashis, to make them work hard.

(b) His second preference was Kanya lagna which had Mercury's rashi, Mithuna as the tenth house or Dhanu for similar reason.

(c) What about other lagnas. He said all lagnas could be good provided the four planets, Ketu, Jupiter, Mercury and Saturn were well placed.

Sometimes, it appeared that he gave topmost priority to benefics in kendras: one, two or three. A horoscope without any benefic in kendra would get compensated to some extent, if benefics aspected kendras. The Vishnu sthanas (quadrants) showed nobility and benefics reinforced such noble approach to the divine subject of astrology.

An astrologer with only malefics in kendras was a malicious, ill-equipped, dishonest and poor scholar with either no sound knowledge or ill-digested knowledge, in which he would combine inferior siddhis more, and astrology less. This is known as shoola (thorn) yoga. They have unhappiness in their families with their children and wife etc. revolting against him and create enemies, out of sheer malice. If there was one of the malefics in such kendras without a single benefic, it was the shoola yoga at its worst. Aspect of a benefic on any of the malefics in kendras could at most slightly reduce it, but they are born astrological frauds.
Benefic Rashis

He insisted that the moolatrikona rashis had a deep influence Mesha, Kanya, Tula, Dhanu, Kumbha. Planets in these or lagna in them had their own strength and vigour.

He told me some secret rules and asked me never to disclose them, as without examination of navamsha, the bare analysis of the horoscope could be misleading.

Some general principles are:

(a) Benefic influence on the fifth house, fifth lord or preferably of Jupiter, next, of Mercury and then, of Venus.

(b) He praised sky high Mercury influencing the tenth or the tenth lord.

He singled out Mercury's nakshatras as the best. It had to be either the tenth lord in the nakshatra of Mercury or a planet in the tenth house in this nakshatra. In my case, he pointed out my tenth lord in the nakshatra of Mars kept me more busy in office while, my Jupiter in the tenth in the nakshatra of Mercury would turn my hobby of astrology into a serious pursuit, not though full time pursuit. It is true, as during my entire service career, I had to stop astrology for some months in a year, when the pressure of office work increased. In 1990 when I authored two non-astrological books, I could not contribute a single article to the Astrological Magazine.

He told me that he encouraged me because of my tenth Jupiter, twelfth Ketu with Mercury aspected by my fifth lord and aspect of Jupiter from Kumbha in my navamsha (Mesha) on the fifth lord (Sun) in Simha.

Doing astrology in the dashas of benefics in kendras or malefics in the third, sixth or eleventh would be fruitful. Withdrawal from astrology in the dasha of benefic in the twelfth, and spiritual pursuits gaining precedence, was inevitable and would happen in my case. It is why I would stop my astrological consultations, he predicted. I have already reduced my astrological consultations down to ten percent and on the advice of Mauni Baba of Ujjain I am concentrating only on writing, research and week-end teaching. This has given me tremendous relief.
Similarities

The spiritual combinations told by my Guruji and by my Jyotisha Guru were more or less common. Why they stressed on these they explained in their own way. An astrologer had to have idealism and spirituality. Malefics in kendras or guru-chandal yoga, were ruinous both for astrology and spirituality. The dasha of a malefic in the tenth house, or a malefic in the eighth house was the beginning of disgrace, aggressive malice and self-ruination.

I have tested these combinations on more than hundred horoscopes of astrologers who themselves passed them on to me and wanted me to give them predictions. My own addition to them are:

(a) All the combinations given by Yogiji work hundred percent in the birth horoscope.

(b) Navamsha reveals much more or confirms it. But he asked me not to disclose them.

(d) But all this has to be combined with intense worship. The advice of saints to astrologers has been:

(a) My Guruji insisted on sattwick life, with sattwick food and japam.(b) Yogiji stressed it, along with hard work on hundreds of horoscopes and vargas.

(c) Mauni Baba insisted on giving consultations to minimum people as, it was a waste of tapasya.(d) Moorkhanandji said that every astrologer must worship the God Sun, through a Surya Mantra.
(e) But Yogiji advised me to examine navamsha to find out the antarayas or yoga-vighnas (obstacles), whether for astrology or spiritual life. What he taught me has proved brilliant. When foreign disciples of Indian gurus come to me, I pinpoint, what exactly is going wrong with them, when, and they are surprised.

To sum up; breathing rhythmically deeply with your guru mantra is eighty percent your sadhana and can be done anytime, anywhere. 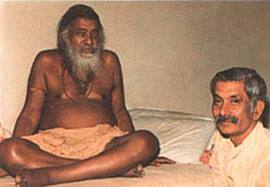 These yogas are not found easily in other classical text.


Please note the point number 4 that exchange of 4th and 5th house lords does not create Raja Yoga instead it is mentioned for exchange of 5th and 6th lord.
--------